All of Paris Stops Here

To some people, the symbol of Paris is the Eiffel Tower. To others, it’s the Arc de Triomphe or the Louvre.

To me, the symbol of Paris is a train station: The Gare du Nord, North Station. It represents everything about France’s capital city, good and bad.

It has stunning architecture. 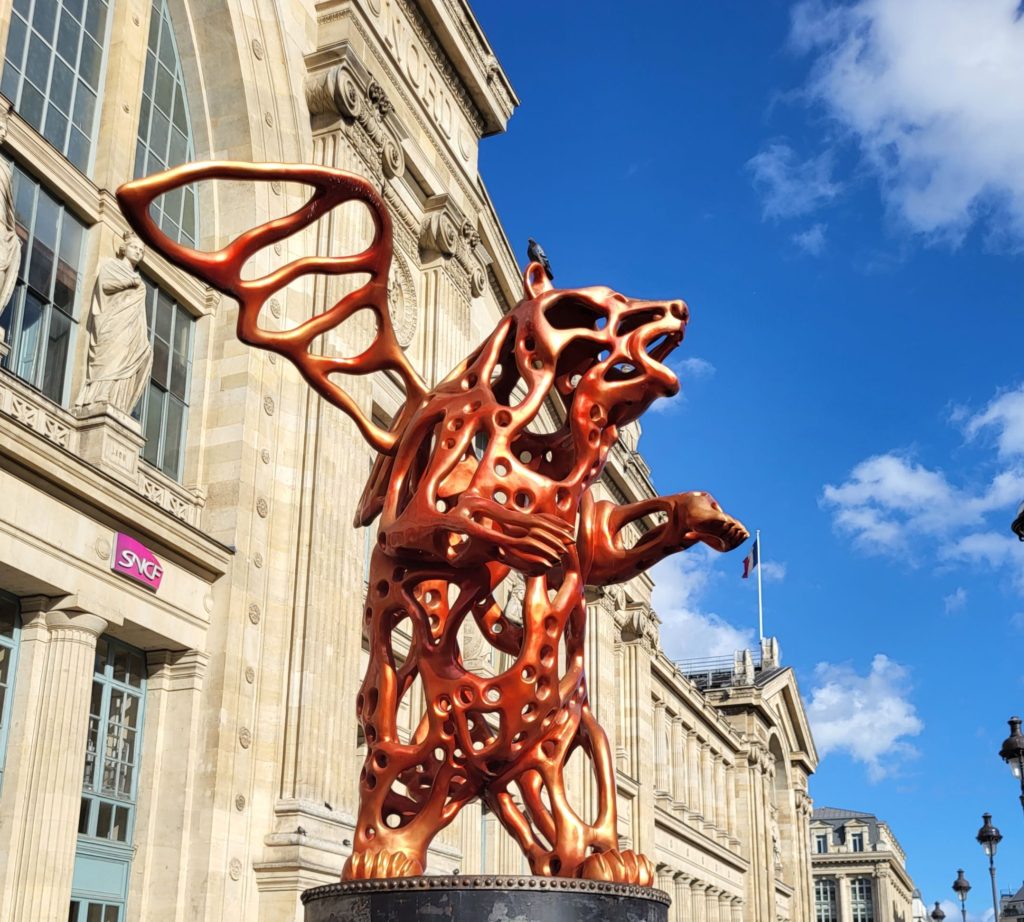 It’s busy – the busiest station in Europe, in fact. 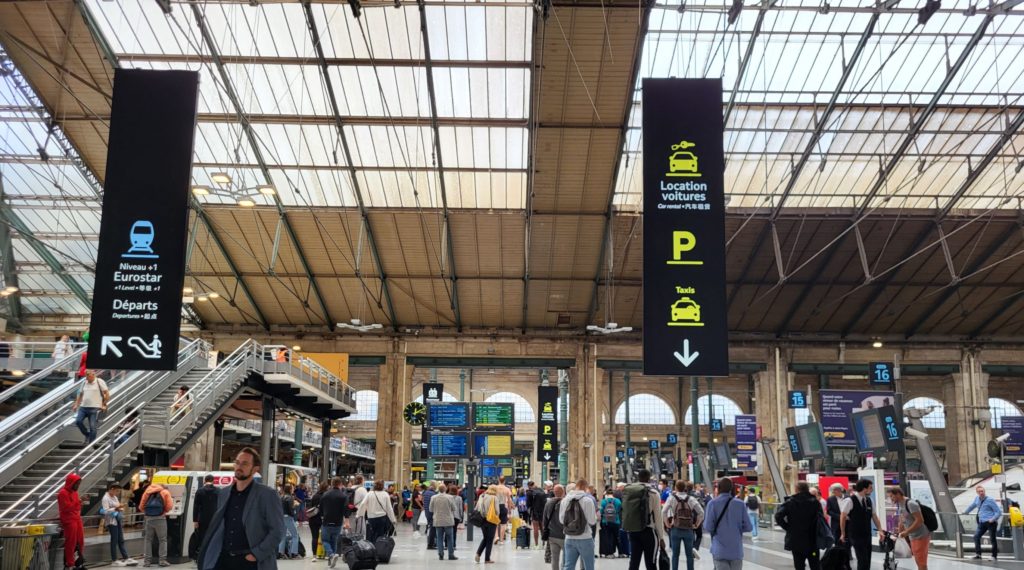 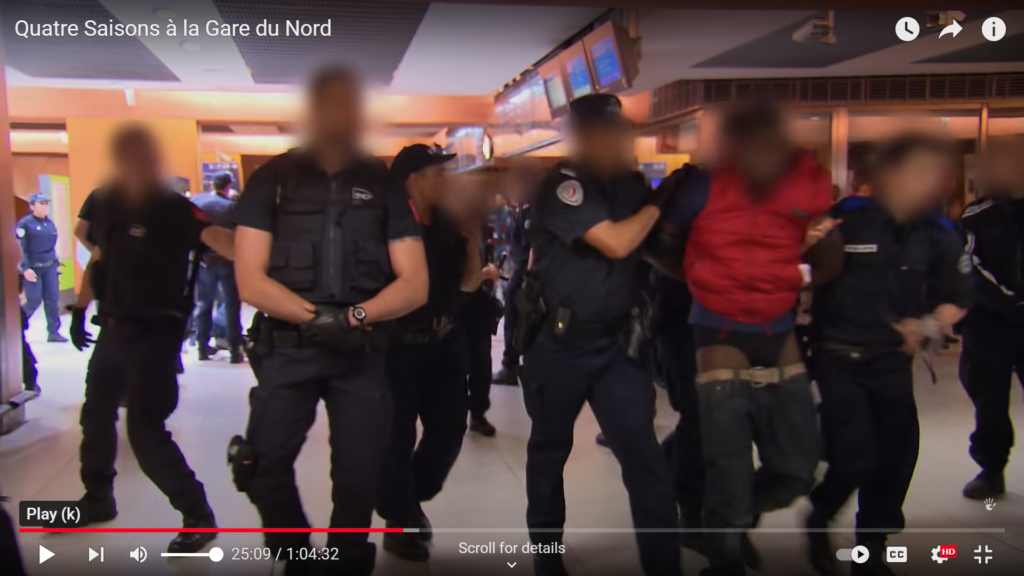 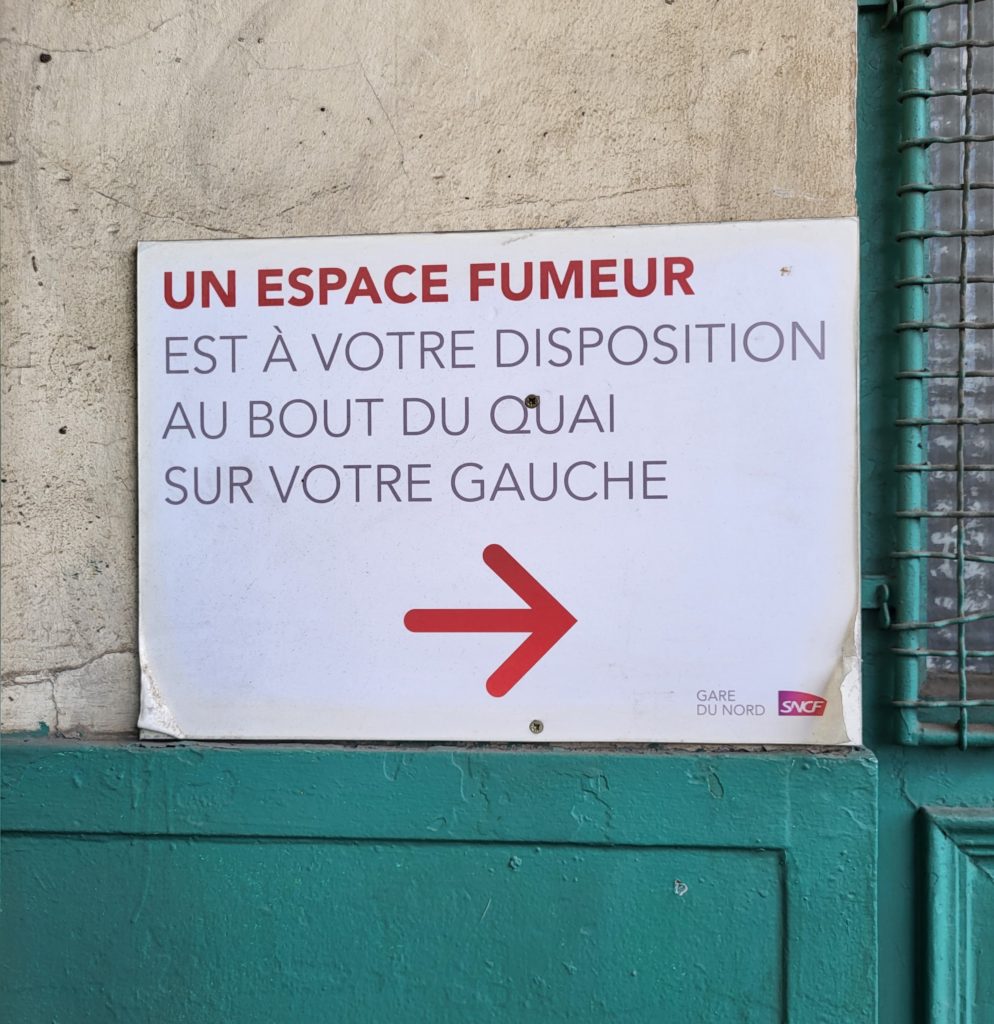 You have to wait a lot. 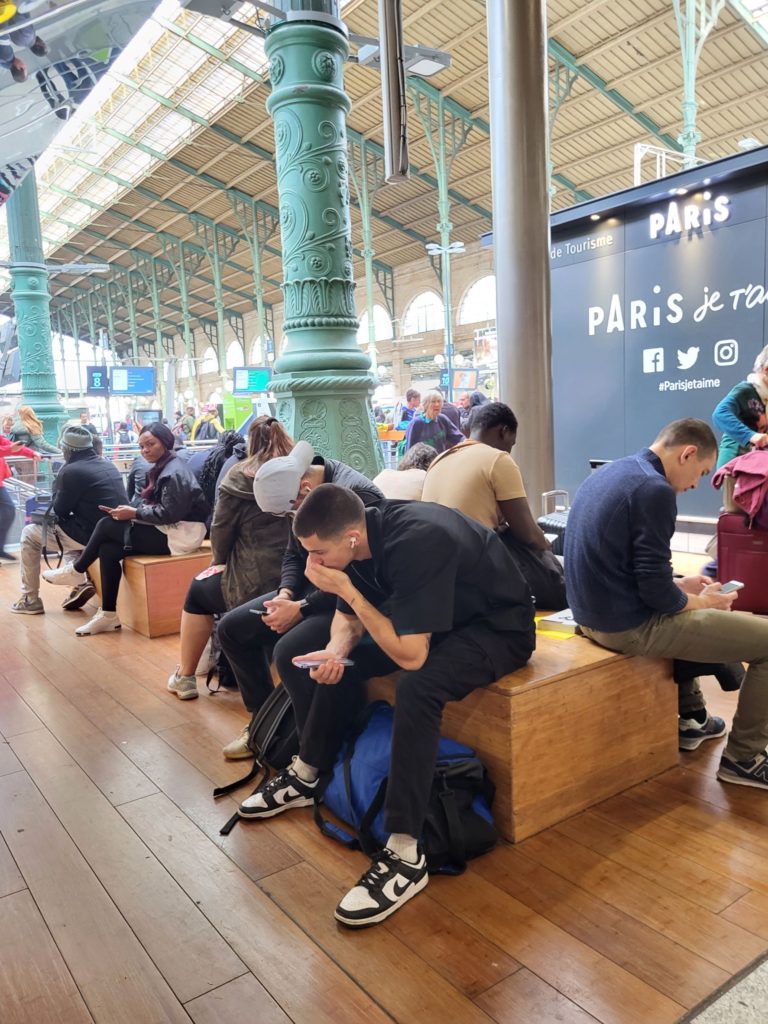 The locals can be friendly. 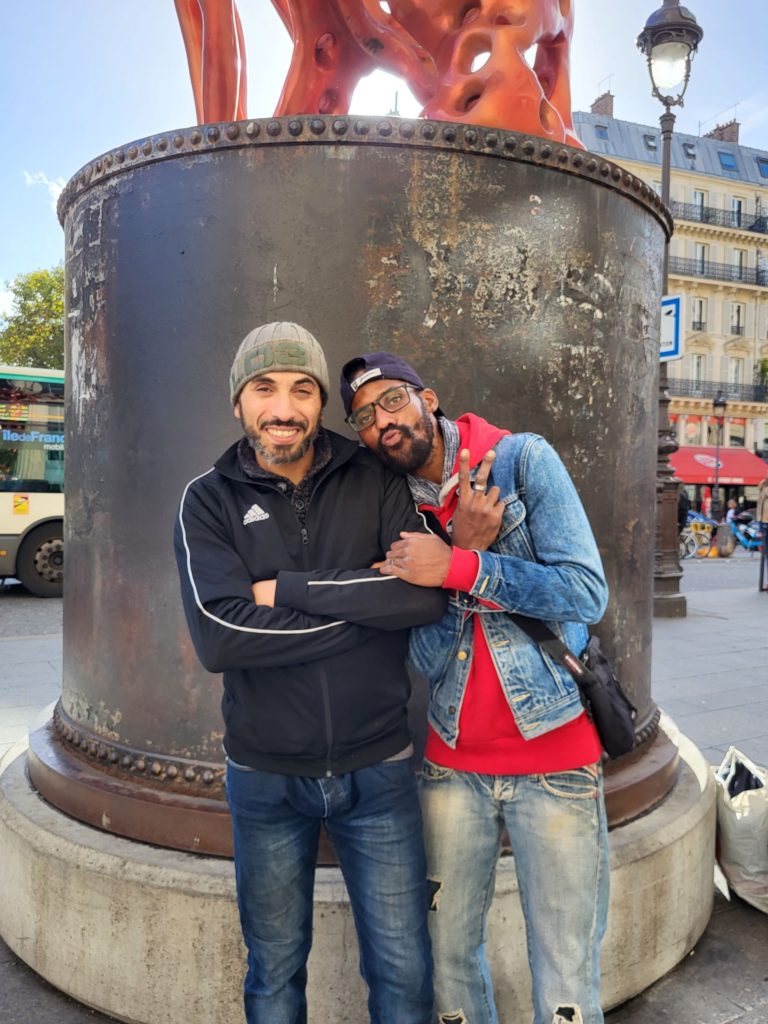 Translation: “But the Gare du Nord, is it made of Legos or what? Every day the same problems.” (about delays on a big commuter line due to electrical breakdowns.) One response says, “Please, a little more respect for Legos.”

And the Gare du Nord is resistant to change. More on that later.

Walking around in the Gare du Nord consumes all your senses. Sight, to keep your eyes out for pickpockets, drug dealers and panhandlers. Sound, to hear the announcement for your departing train and whether it has been delayed. Smell, whether from the poor-quality food stands or, in the less-frequented parts of the station, whiffs of urine. Taste, if you choose to order a bad ham sandwich for your ride. (A fancy restaurant under a two-star chef closed in 2019 after only two years.) 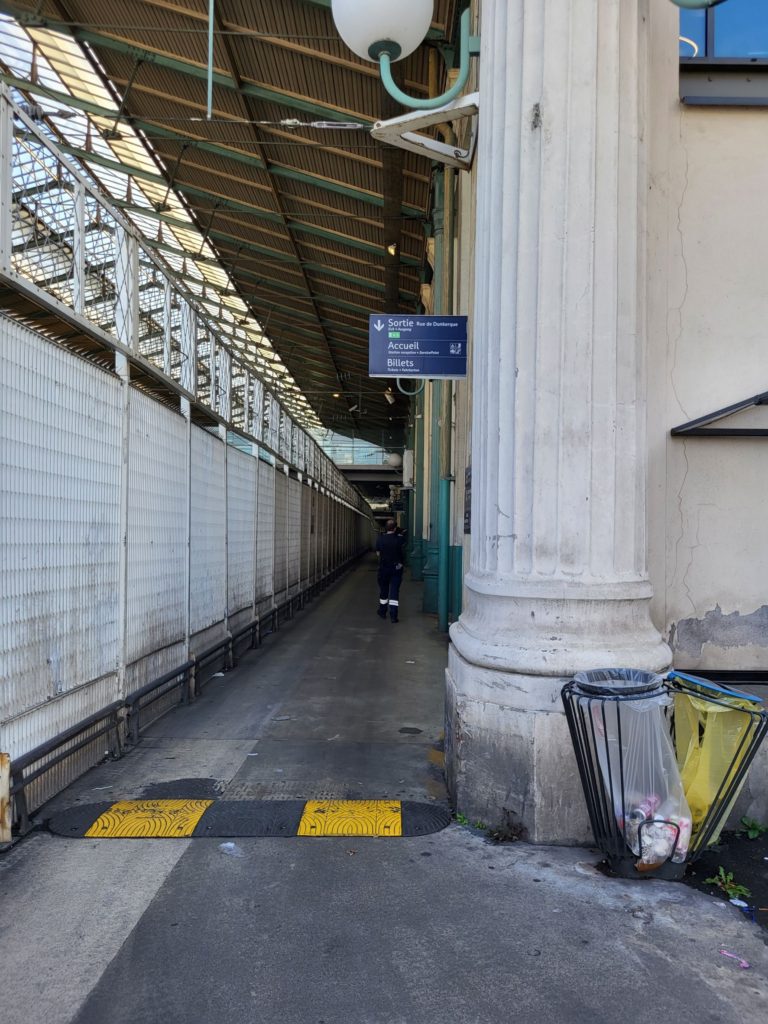 Still, the Gare du Nord has a sense of majesty. The beautiful statues atop the southern façade carry the names of the cities served back when the gare was the principal entry and exit between other countries and Paris: London, Amsterdam, Berlin, Frankfurt and Warsaw. A lower row bears the names of French destinations. The vaulted ceilings inside, over a hall 200 meters long and 72 meters wide, create a sense of freedom and space.

Among the six major train stations of Paris, the Gare du Nord, opened in 1846, stands out in every way. It has been the real or fictional setting of many movies and TV shows, including Martin Scorsese’s 2011 film Hugo, Claire Simon’s Gare du Nord, Jean-Pierre Jeunet’s Amélie and, according to this website, at least 19 others. Innumerable TV series episodes have been shot there. It’s even the name of a Belgian jazz band, though my Flemish is too weak to verify that the band is actually named after the station.

“The cinema understands the importance of the station as a place of meeting, of separation, of reunion. The essential points of life are always found in a train station,” railway researcher and historian Clive Lamming says in the excellent documentary “Quatre Saisons a la Gare du Nord” (Four Seasons at the Gare du Nord), directed by Delphine Kluzek, produced by Yemaya Productions and shown on French TV channel TF1.

You can whiz to London, Brussels and Amsterdam from there, as well as to numerous northern French destinations. 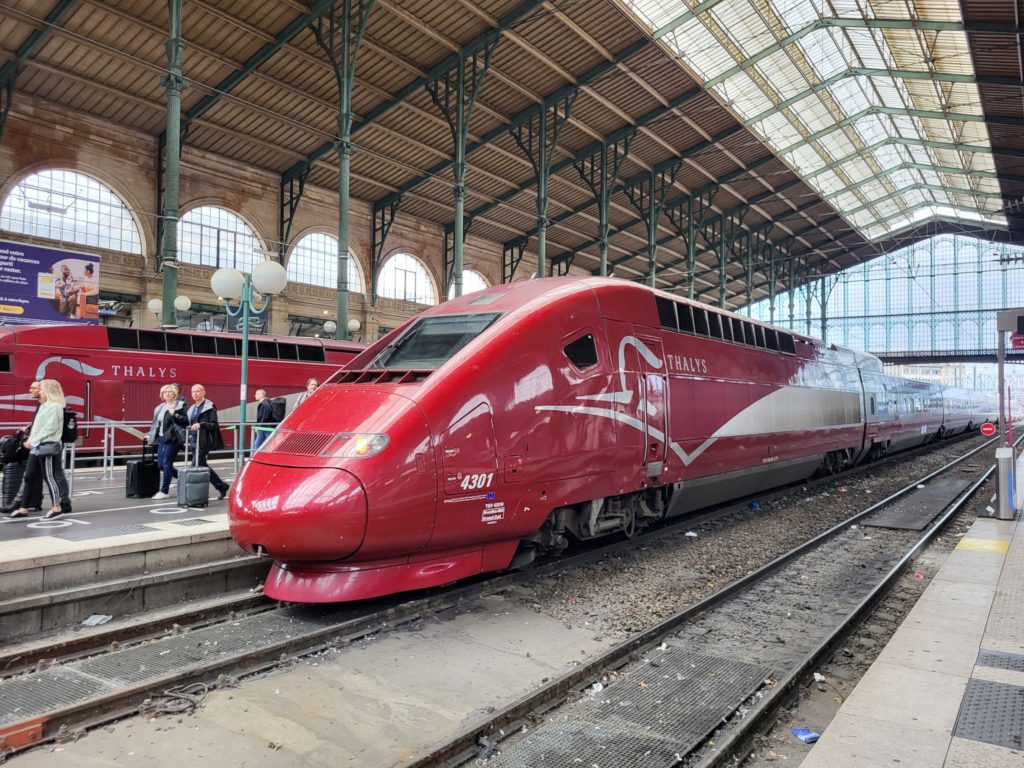 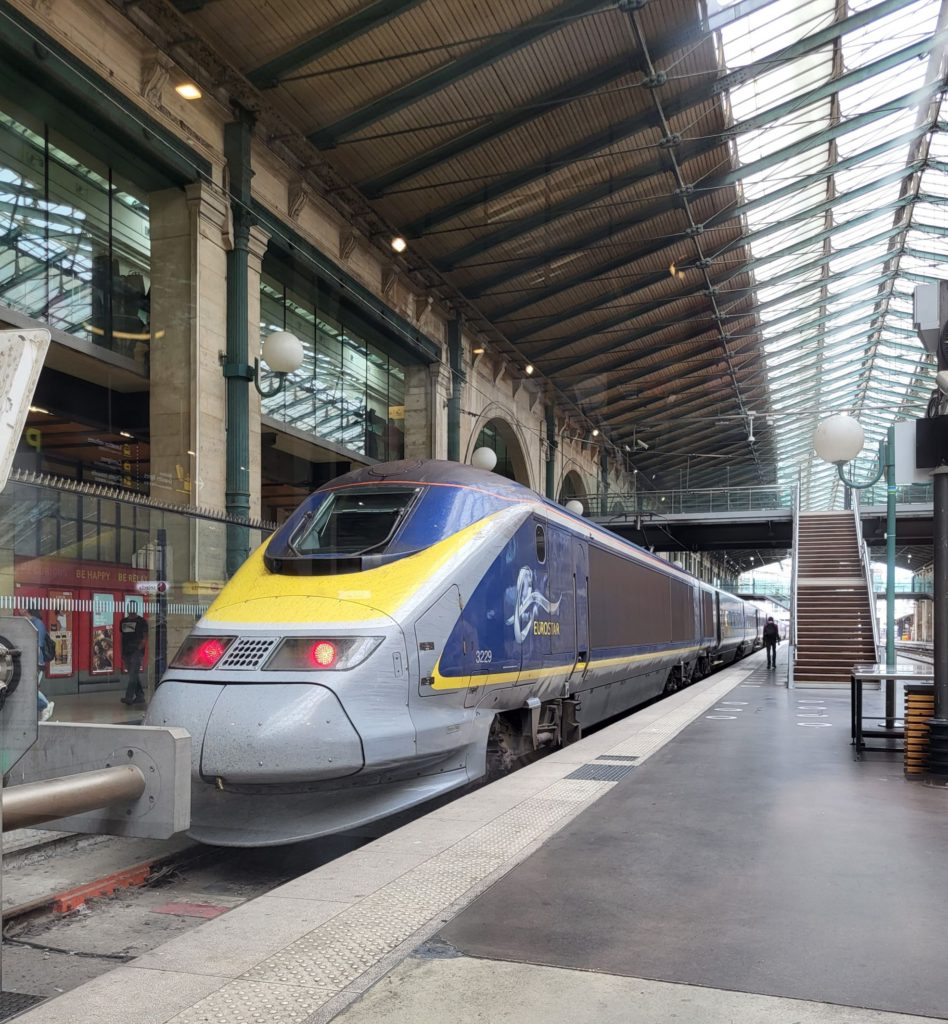 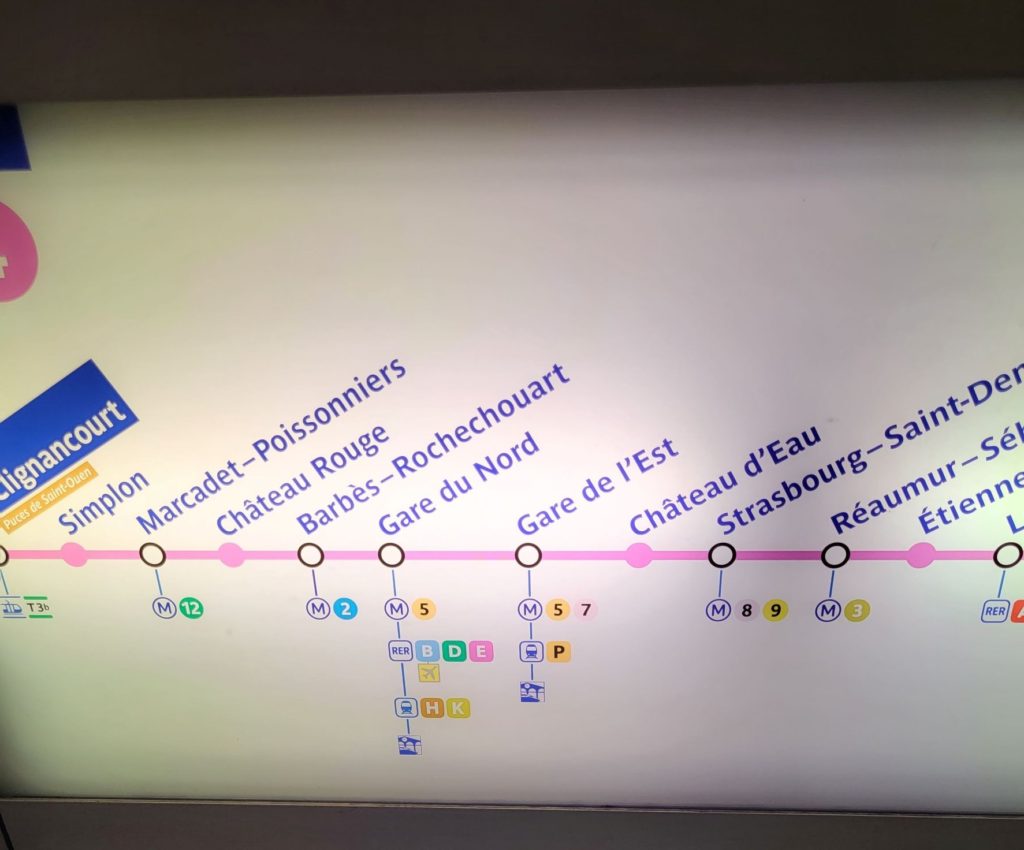 In fact, the Gare du Nord is where the train from the airport, which doubles as Europe’s seecond-most-trafficked commuter line, enters Paris, in a building so confusingly separated from the main train station that it’s extremely difficult to make your way from one to the other.

The north-south RER B line carries about a million passengers a day. It’s unclear how many of them are going to or coming from Charles de Gaulle airport, but a fair number of those are visibly unsure about where they are headed or when they will get there.

In this 2014 article in the French version of Slate, journalist Fréderic Martel rode the line 30 times over the course of a year. He describes tourists in tears because the ticketing system and signage are so obscure and says on every ride he wound up helping some desperate foreigner who just wanted to make his flight. Once, he writes, he approached a man in a transit uniform standing on a train platform to ask him the next airport train would arrive. “I’m not the person you should ask about that,” he was told. 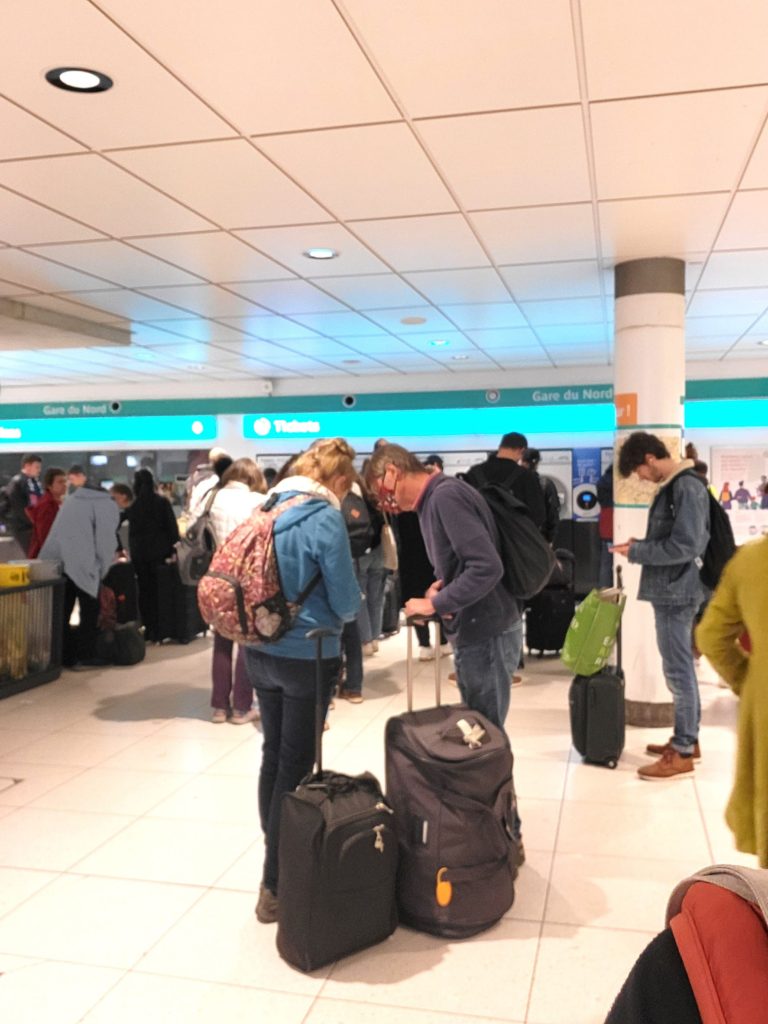 That’s not the fault of the Gare du Nord or other stations on the B line, of course. But officials have long acknowledged that Paris should have a topnotch airport train system, and a station, worthy of the host of the 2024 Olympics. After all, London, Rome and Hong Kong have modern, dedicated airport trains. Why shouldn’t Paris?

That was supposed to happen. The SNCF, the national train operator, had been gearing up for a €500 million overhaul of the tracks and the station that would have tripled the size of the gare and added dozens of retail stores, part of a project also would revamp the airport-train system.

Environmentalists said the project wasn’t green; urban planners said it would disrupt the ethnic neighborhoods around the station and the Paris City Hall said both. Faced with 200% cost overruns and major completion delays, the overhaul was canceled last year. Officials are now working on a renovation lite that will add 1,200 parking places for bicycles, open up pedestrian traffic flows and cost a tenth as much.

In theory it will be complete by the summer of 2024. So if Olympic visitors can manage to buy a ticket, find their way and hang on to their wallets, they too will be able to enjoy the Gare du Nord.