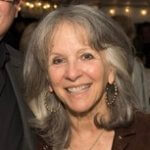 Sharon decided to celebrate her 60th birthday with a six-month hiatus from her life in NYC. She stayed in an apartment in Paris for two of those months, exploring the city on foot, via metro –and eventually on city bikes.  Fortuitously, she met other Americans living in Paris, who helped her tremendously.  Three years later, she co-founded AmericanConcierge.com to make it easier [and more fun] for others, who like herself, want to get the most out of their time in Paris. Ivan is a Consultant/Expert Witness for IP Software and Telecommunication.  He loves Paris…and he loves Sharon.  His job allows him to work from anywhere so he & Sharon have figured out how to survive and thrive in a tiny apartment in the 19th Arrondissement, which they frequent as often as possible.  AmericanConcierge.com is the happy result of them figuring out how to get where, what and whom they needed in a complicated city whose language they hadn’t spoken since High School.

Ann Marie Jack, CFO & COO.   “What an immense impression Paris made upon me. It is the most extraordinary place in the world!” – Charles Dickens Ann was at a transitional point in her life where she wanted to leave the corporate world and do what she loves. In Fall of 2017, AC was looking for someone to fill a unique position with knowledge of both Accounting and Business Operations and she was the “ideal” fit!  From Sales to Operations to Financials, she has done it all. She also works closely with our team in Paris and always looks forward to her annual trips where she gets a taste of what we offer to our clients.

Leslie Kavanaugh, Sr. Travel Designer & VP Sales, Marketing.    “There are only two places in the world we can live happy: at home and in Paris” – Ernest Hemingway Leslie’s first visit to Paris uncovered a passion and inspired her to follow a new path of sharing her love of Paris with other Americans. Since 2018, she has worked with hundreds of travelers creating custom itineraries, all unique and special — just like our clients. Using her knowledge, creativity and attention to detail, her itineraries bring the magic of Paris to life.

Jennifer Wolf, Travel Designer. “Every man has got one city of liberty. For me it’s Paris…” – Bono Jennifer has done the most traveling to Europe within the last 10 years and is savoring every adventure!  An ever curious mom of 5, Jennifer’s jaunts always consist of 4 main elements; Food, design, architecture, and history. All of these with an emphasis on fun for all ages. When not traveling, or planning her next getaway, you can often find her at home in Southern California listening to a moody playlist whilst decorating her home, and stealing snuggles from her two schnauzers.

Gabby. Zieden, Travel Designer.   “La Vie En Rose. It is the French way of saying, ‘I am looking at the world through rose-coloured glasses.” ― Audrey Hepburn. Gabby has been fortunate to have found her love of travel early on and her adventurous spirit has allowed her to learn so much about this amazing world we live in and how she best enjoys discovering all that it has to offer. She most enjoys a trip that combines that ultimate magic mix of exploration, cultural experiences, relaxation, and cocktails.  She is thrilled to share Paris with as many lucky people as possible.

Olivia Pichette, Operations. “Paris is not a city; it’s a world” – King Francis I Olivia fell in love with Paris on her first trip there at the age of 13 … then she spent a summer abroad as an exchange student… then she chose to leave her University in Washington State and move to Paris to study and Au Pair. She has a passion and love for the city of Paris and all things French.  Now she can express her love by showing people how amazing the city and people are.

Mike Carr, Consultant.  “In victory, you deserve Champagne; in defeat, you need it.” — Napoleon Bonaparte Michael is a sales & operations consultant with experience in consumer goods and technology. He loves to travel and believes Paris is one of the best cities in the world. When AmericanConcierge.com started attracting more clients outside of friends and family Michael wanted to help build the business. His insights into sales and operations has helped us develop a client-focused support system on both sides of the Atlantic.

Elisabeth Chameroy, Chairman, AC France. “Paris exists to remind you that all your dreams are real.” – Audrey Hepburn, Sabrina The consummate entrepreneur, Elisabeth has the distinguished pleasure of retiring 4 times from fascinating businesses in and around wineries and wine production in France…

For 18 years, Elisabeth ran a winery in Burgundy located along the famous Route des Grands Crus. During this period, she developed her skills as a sommelier as well as a chef of classic Burgundy cuisine, becoming an expert at pairing the two. Since then, she has transported her talent abroad where, along with her son Julien, she has given cooking and wine tasting classes in Japan and Taiwan.  We are thrilled to have her leading our French operations in Paris. Julien grew up in Burgundy, where he was schooled in fine wine and cuisine from a very early age. It was there that he also developed a passion for Japanese, which along with Chinese, is the basis for much of his teaching over the next couple of decades. In Paris, Julien has been managing the business of Breakfast in American and is often quoted in “Pancakes in Paris” and “Let Them Eat Pancakes” (popular guidebooks for Americans doing business in France).  As a tour guide, he’s worked for both AC and JTB (Japanese Travel Bureau) and is the presenter of an annual Sake competition. He also teaches project management and leadership in Chinese at an Asian business school. Happily for us, Julien is using all of his amazing talents leading the AC Paris team in their efforts to make each and every client experience memorable. Jackie fell in love with Paris in 1980 on a visit when she was in High School… She followed that up with a year in Rouen (her Junior Year at U-Conn) – which was when she realized she wanted to return to actually live in Europe.  Originally from Connecticut and raised by parents who were both from Ireland, she’s lived in several European cities since the late ’80s (Madrid, Athens, Lyon and Luxembourg but…); Paris has been where she calls ‘home’ for many years.
She loves to travel, meet new people and share with others her love of France –and Paris in particular!

Eve Xenia Kulas, Booking Coordinator, AC France. “I’ve seen you, beauty, and you belong to me now, whoever you are waiting for and if I never see you again, I thought. You belong to me and all Paris belongs to me and I belong to this notebook and this pencil.” – Ernest Hemingway After living between Berlin and London, Eve and her puppy settled in Paris a few years ago. Often seen on the streets carrying an analogue camera, with a parrot on her shoulder and dog in her arms, Eve loves to document and explore hidden gems and secret pockets of Paris.  Her experience teaching journalism and review writing, organizing art workshops and events, she readily shares her passion for all things beautiful! 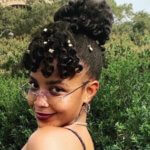 A 20’s-something fashionista at heart led her to seek an adventure in Paris. South African with a background in finance, she loves to open herself up to new experiences and is very excited to be living la vie Parisian.

Ana Gomez, Booking Coordinator, AC France.  “Paris is a place where, for me, just walking down a street that I’ve never been down before is like going to a movie or something. Just wandering the city is entertainment”. – Wes Anderson Back in 2012, Ana immediately fell in love with Paris after a six week study abroad program; captivated by the city she vowed to return. Exactly one year later, she was back and has never looked back. She likes to walk around and get lost in the city. She’s always full of fun facts about Paris. During her free time you can catch her roller skating around the city, at a skatepark with friends, or solving a Rubik’s cube.

Krystal Kenny, Social Media    “Too much of anything is bad. But too much champagne is just right” – F. Scott Fitzgerald Krystal has called Paris home for over a decade now working as a photographer and communications expert. With a podcast (La Vie Creative) and a new husband, she’s busy !  But she loves helping people discover the secrets of Paris and scouting out the best guides and experiences for visitors – and we’re thrilled she’s part of the AC Paris Team.

Virginie Fromentin, Brand Ambassador, Paris.   “Being a Parisian in not about being born in Paris, it’s about being reborn there!” -Sacha Guiltry 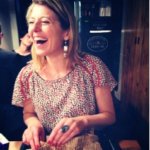 Born and raised in Normandy, she moved to Paris to do the most exciting job in the most beautiful city in the world: Tour Guide in Paris !
More than 20 years later, she still feels the same… it is like the first day, sharing her passion of art, architecture, street art, history and food (she is a cheese addict!)… she found her dream job !  As Brand Ambassador for AC, she shares her expertise and her insights into AC tours and enjoys working with the great team of AC tour guides so that you will have memorable moments in the City of Lights.

Our Guides in Paris

In addition to the above, AmericanConcierge.com is proud to enlist 21+ certified guides who love what they do.  They are fluent in English, extremely knowledgeable and have a great sense of humor, ensuring our clients the very best of the best regardless of how short or long their visit in France.