The Best Food Market in Paris

Scratch a Parisian, and they will tell you why the food market where they shop is the best. Tourist guides also make recommendations, such as here, here and here.  Open-air food markets are an essential part of cooking and no one who wants fresh, tasty ingredients would turn to a grocery store.

My favorite is the Marché Berthier, on the northern edge of the city in the 17th arrondissement. It’s at the intersection of the bourgeois area where I live and a less well-off neighborhood to the north. That’s the first thing I like: The market reflects a diverse part of the city. 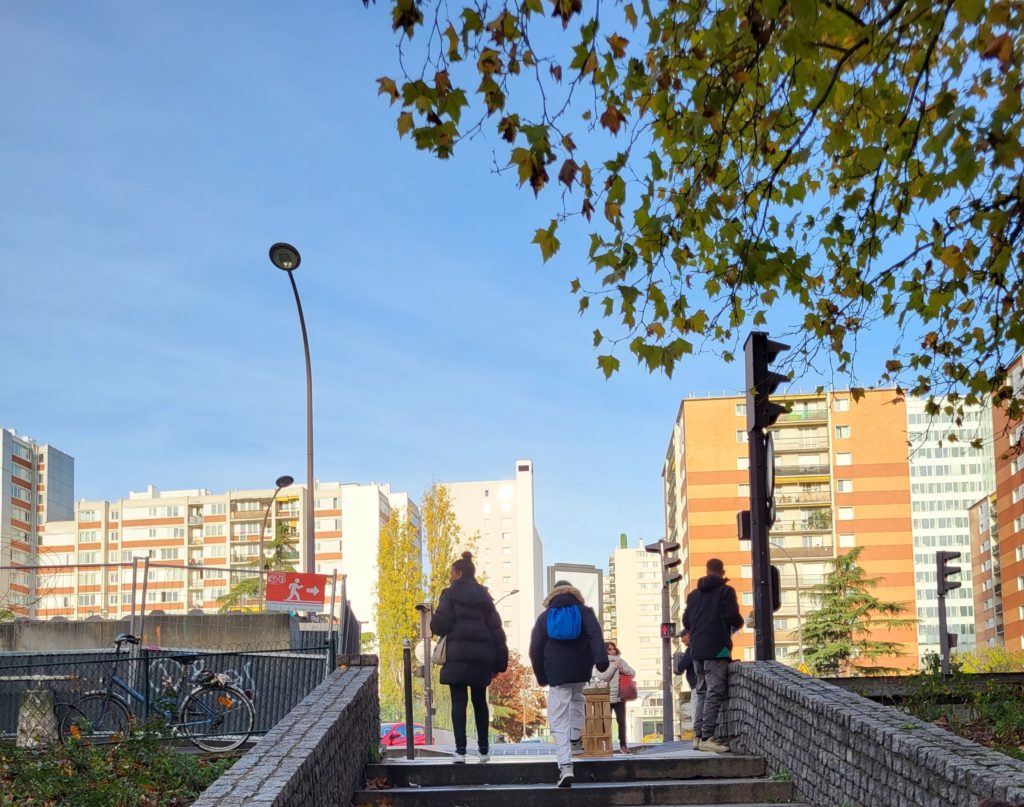 You can find almost anything there. Excellent fish, for instance. The smile on this proprietor’s face is not an expression often seen in the city’s swankier markets. 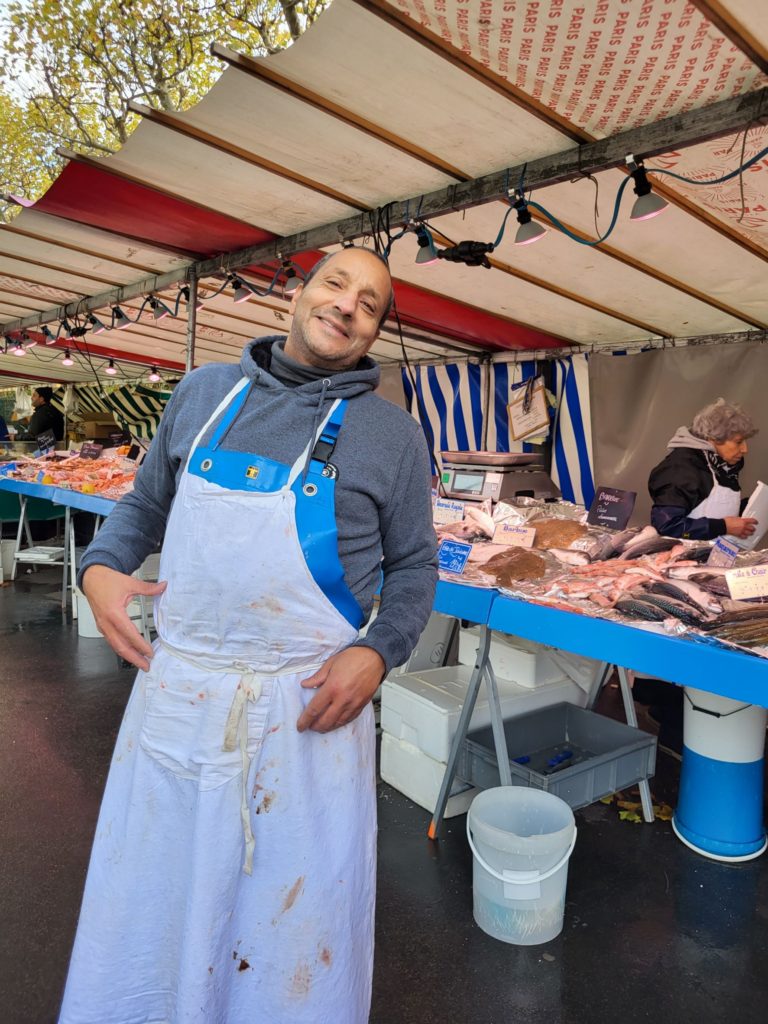 Visually the produce displays are stunning, and the prices are incredibly low. You can get raspberries, at least until the season ends, for 2 euros a container. 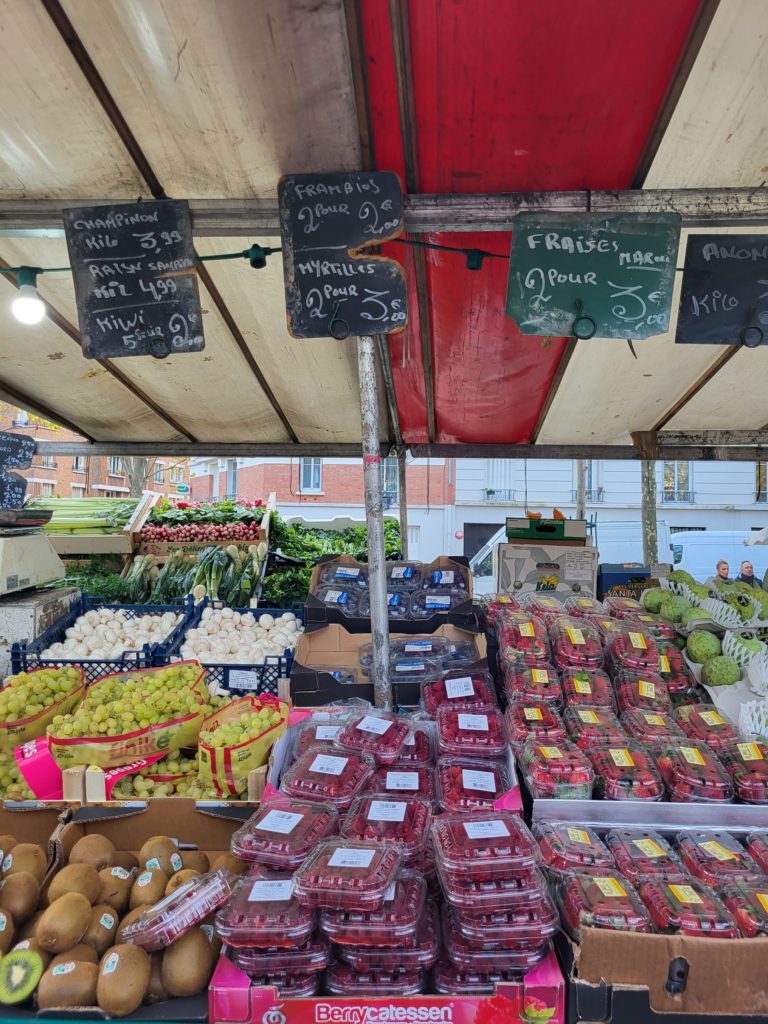 At the higher-end Marché Poncelet, to the south of where I live, raspberries cost 4 euros a container (though, truth be told, vendors there offer discount deals and sometimes throw in a container for free). 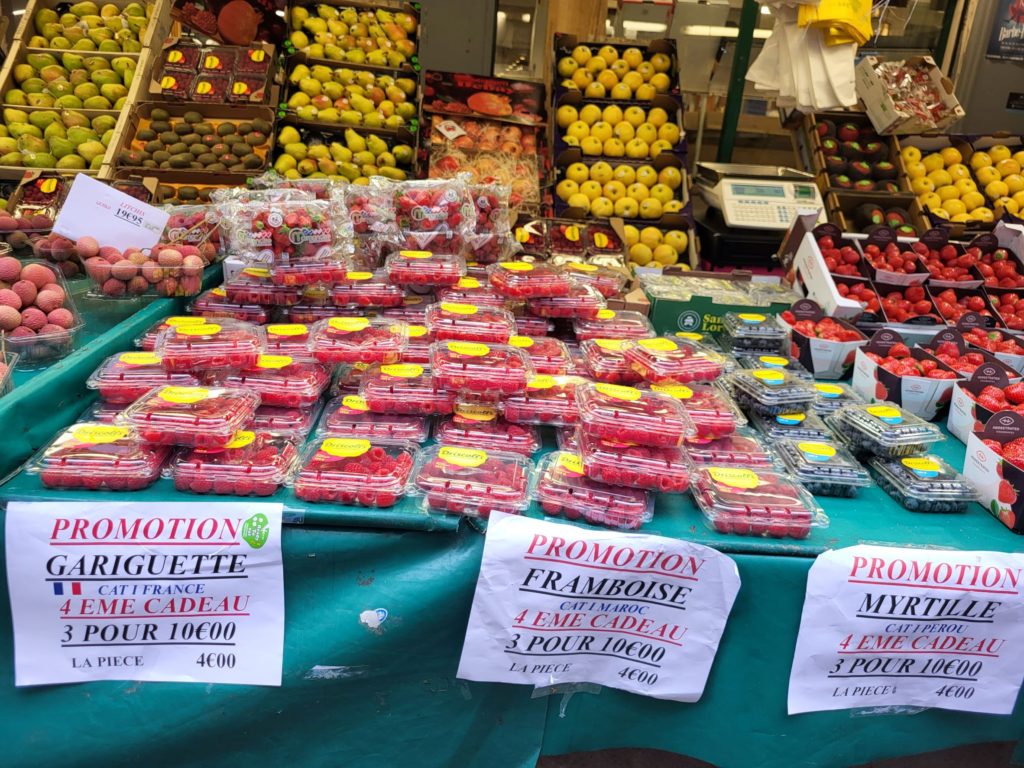 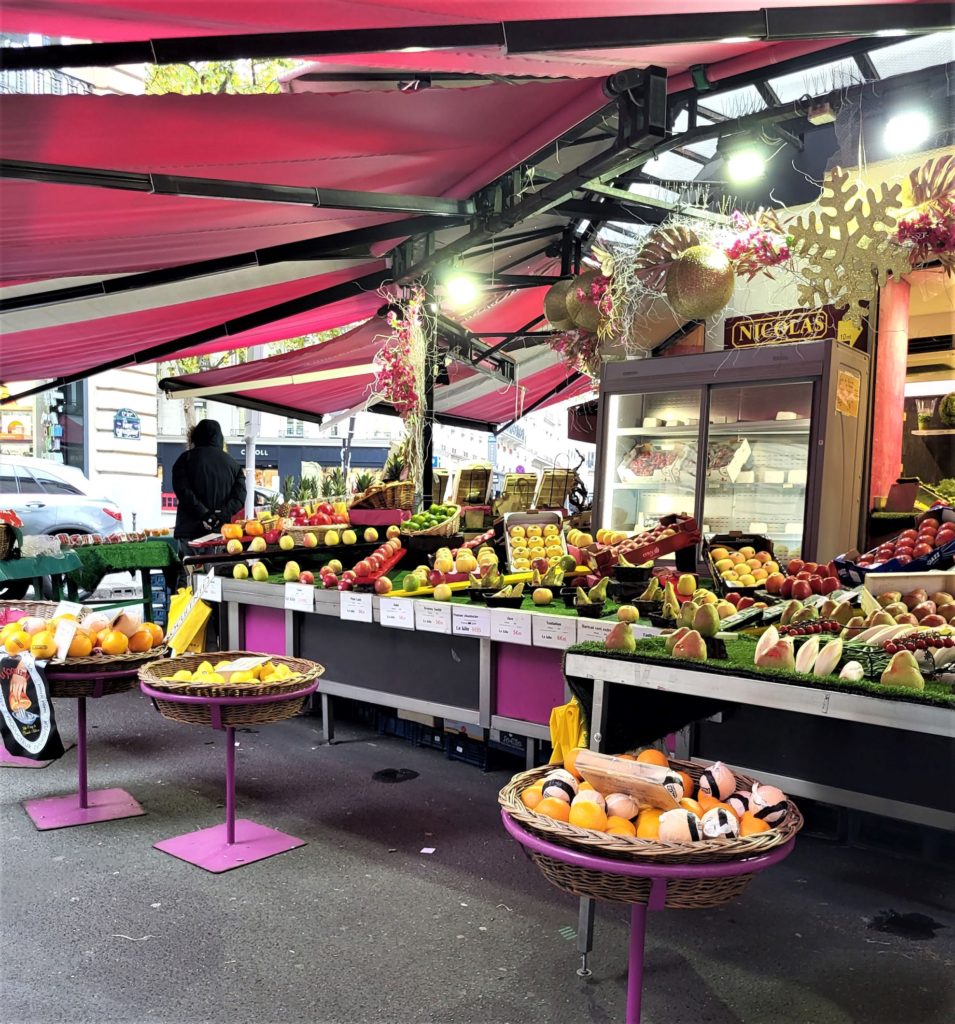 But it doesn’t have a stall selling olives, couscous and spices. 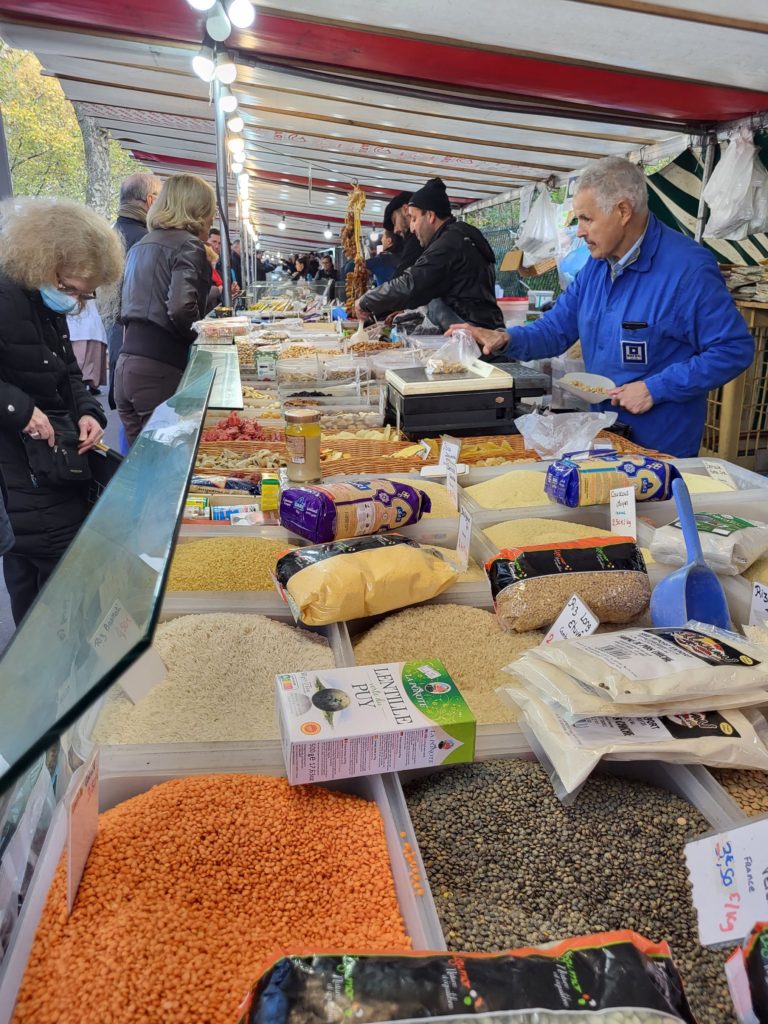 The two represent the main kinds of market shopping you can do in Paris. Berthier is one of Paris’s 21 rotating markets, open a couple of days a week and operating in stalls set up by the city. Poncelet is a shopping street: open every day of the week (often closed on Sunday afternoons), usually on a pedestrian street, where vendors operate in stores, sometimes with stalls out front.

A rotating market is more likely to have a bit of everything, not just food. At mine – Berthier is the name of a nearby boulevard — you can also buy kitchenware, perfume, clothing and much else. 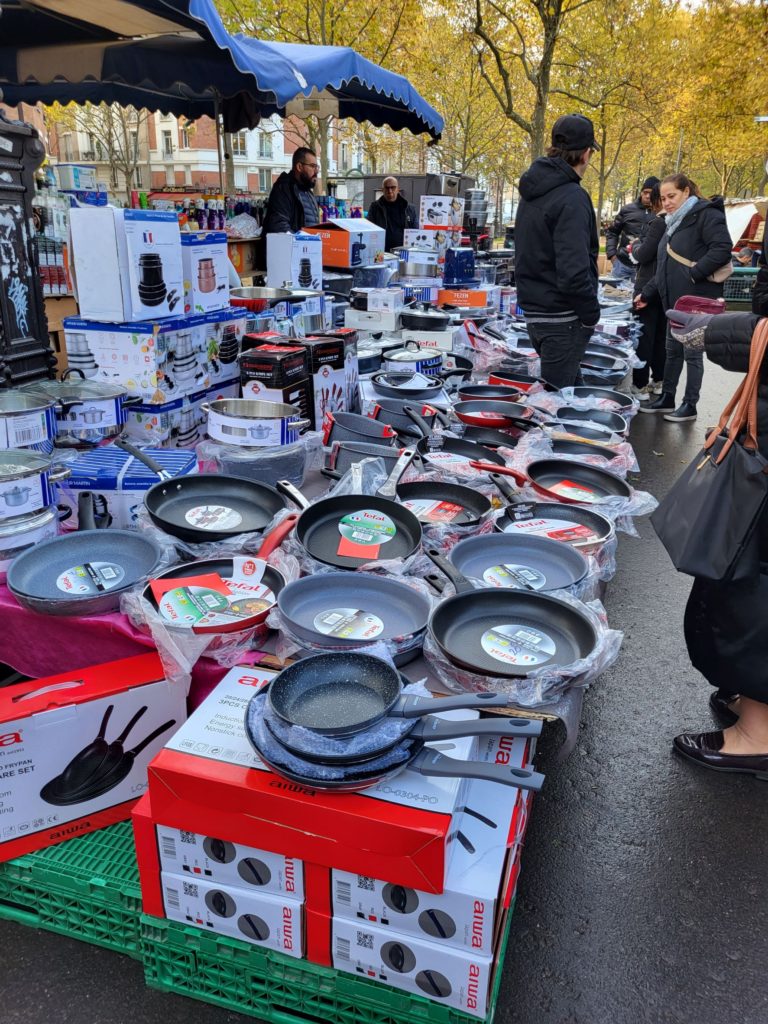 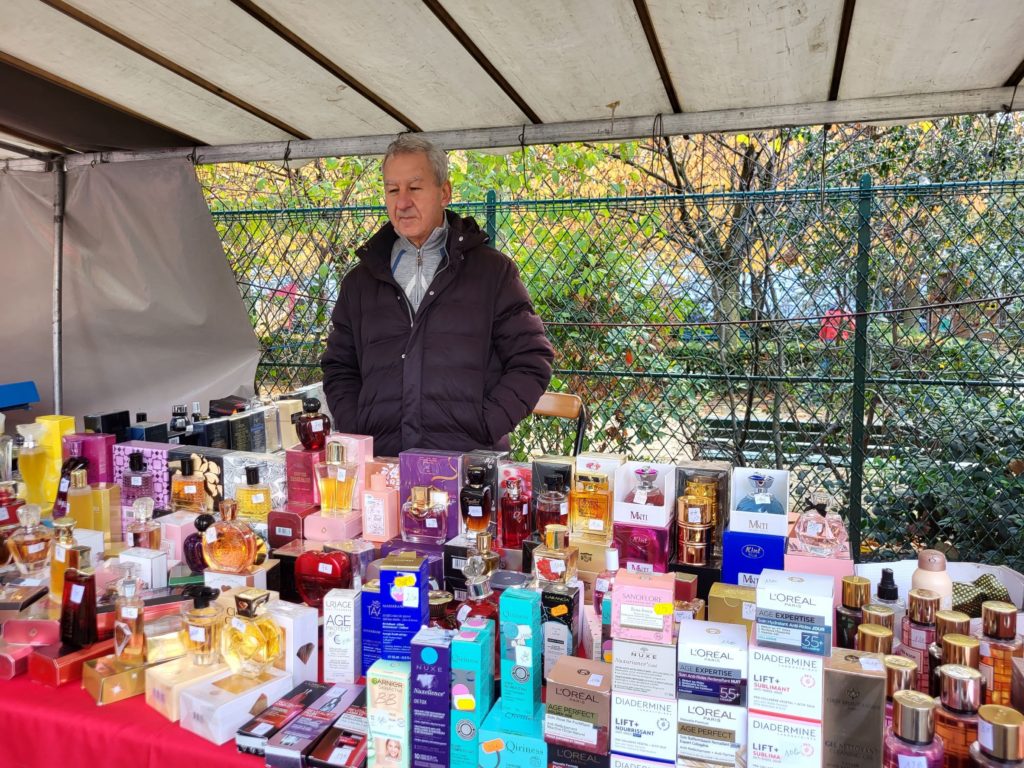 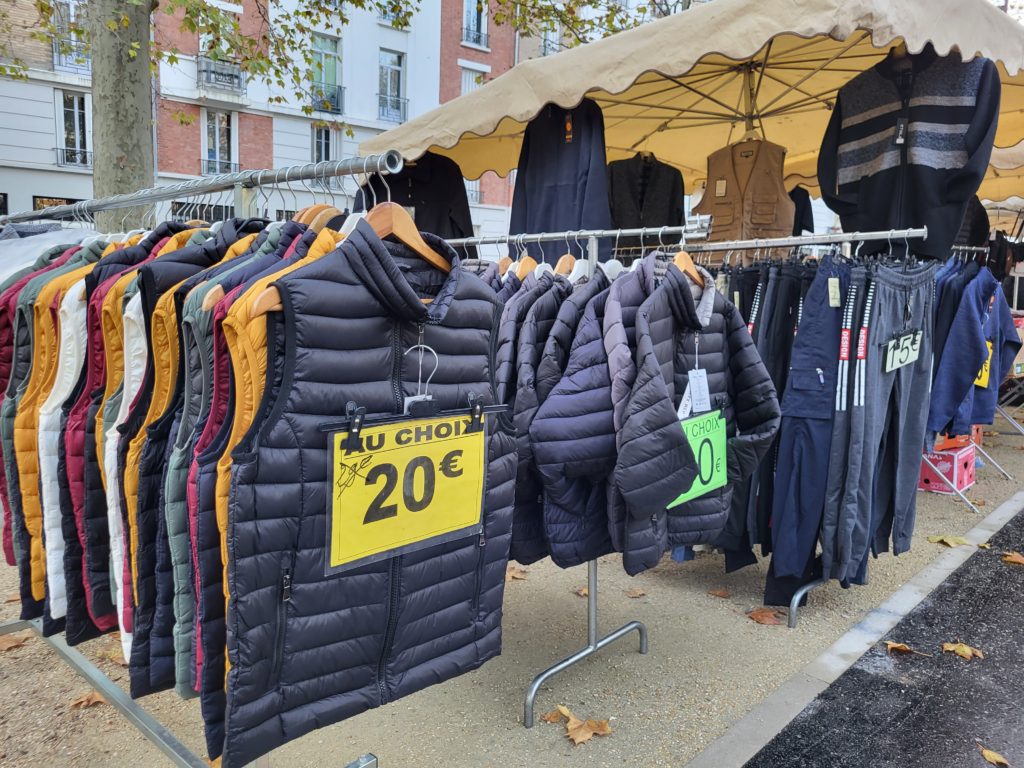 And you can bring and deposit your food waste, a new option offered by the City of Paris. Because of that, I now go to the Marché Berthier almost every day it’s open, that is, Wednesday and Saturday. 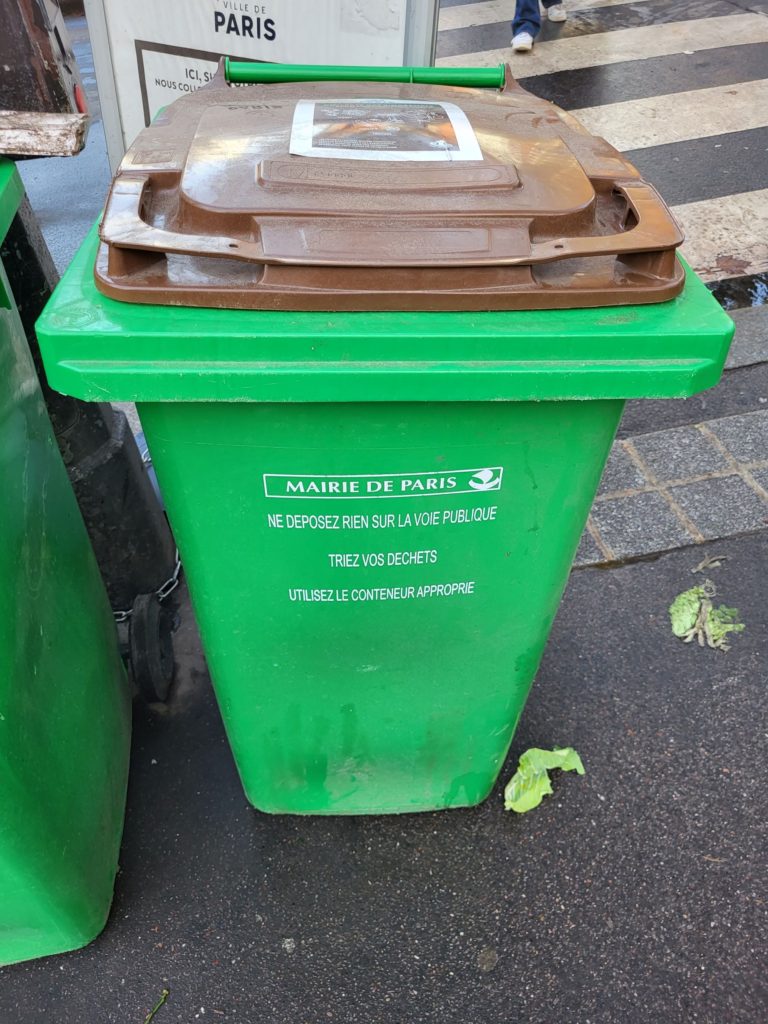 I missed it terribly during the pandemic, when very few vendors showed up even after the lockdown. 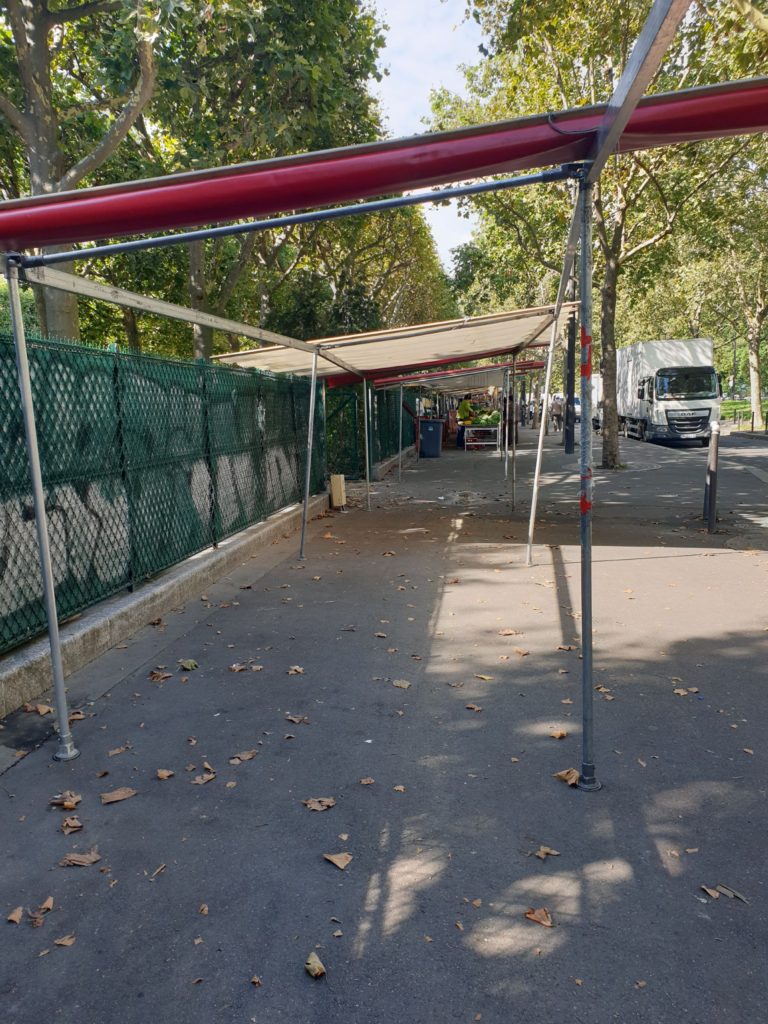 It wasn’t about the food. Charlie and I could live on what we were able to get at the local Monoprix, sort of. And, crucially, bakeries were open.

It was the sense of community. The vendors at the Marché Berthier are jovial, social and funny. One insists that I give him English lessons every time I stop by his vegetable stall. 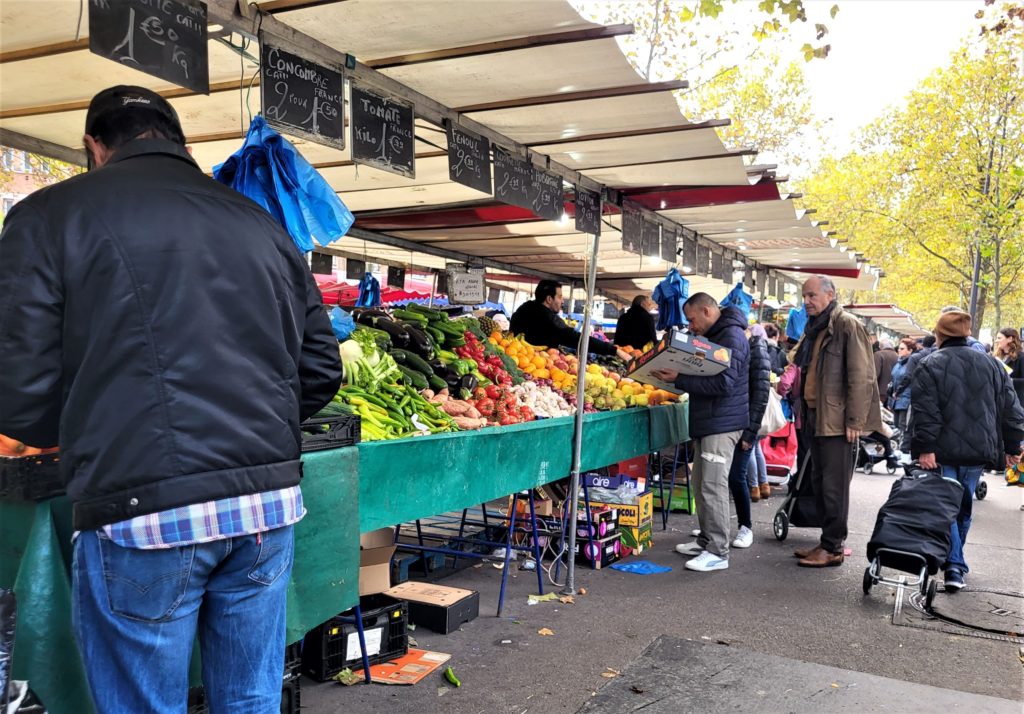 Another is the only butcher I have found in Paris who can cut up a chicken the American way (that is, separating the legs and the breast so the white meat and dark meat don’t cook together). “Leave it to me and come back later,” he said. It was perfect.

On a recent visit, I met our representative in the National Assembly, Astrid Panosyan-Bouvet. A member of President Emmanuel Macron’s governing party, she and an aide were there to chat with constituents. 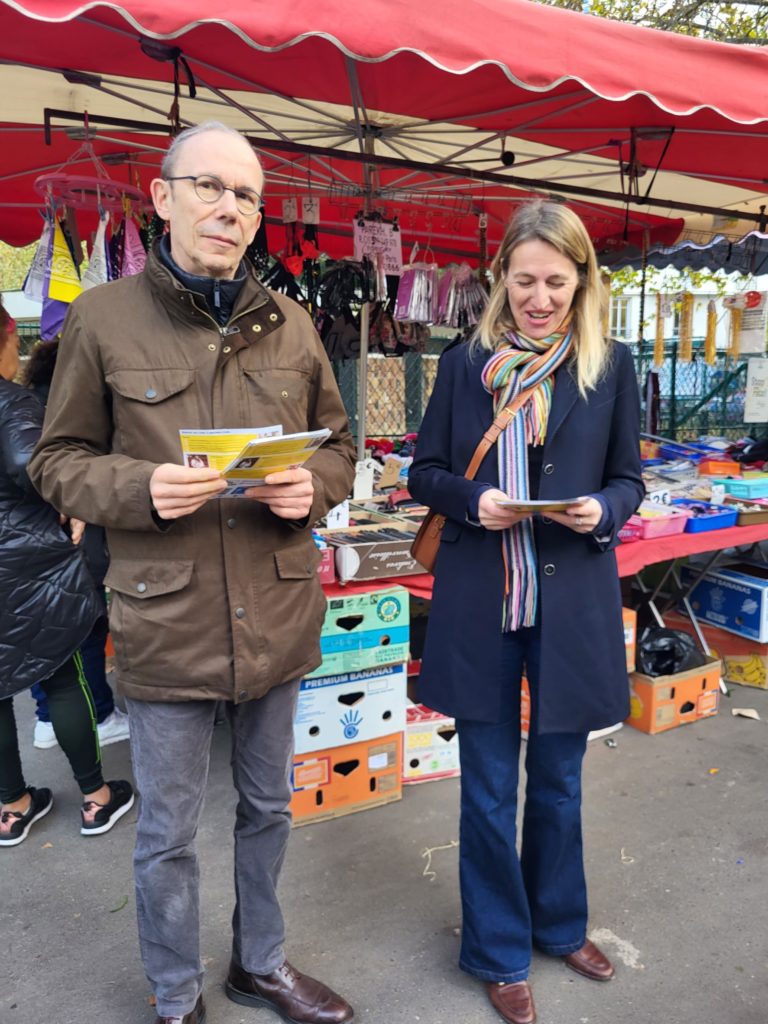 It turned out she had spent three years at Harvard’s Kennedy School of Government, getting a master’s in public administration, and was very interested in U.S. politics. She’d followed the midterm elections closely, including reading a New Yorker piece about them, and was waiting to see whether the Democrats could hold the Senate. 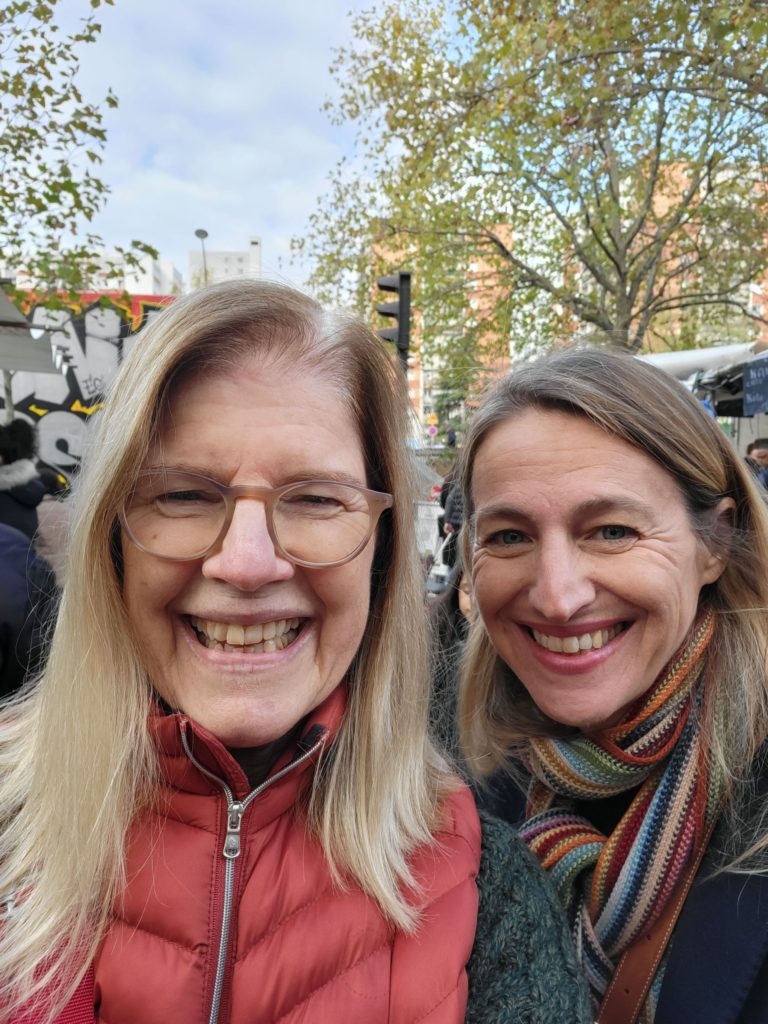 Someone who lived in another part of Paris, or was visiting, might not find these encounters all that interesting, and understandably so. The main reason I like the Marché Berthier is that it’s mine. It’s where I live and experience my adopted home. I hope others feel the same way about their markets.